This evening I had a wonderful time working in the garden with Annie and Sydney. It is incredibly fulfilling to see the sketches and plans I began years ago become reality. Here is an update on our progress:

We found this beautiful arbor for a bargain at Big Lots two weekends ago. Unfortunately, it’s beauty is diminished by the white plastic taped to it. I had to cover the gates with plastic to prevent Sneaky Sydney from slipping through. The plastic will come off when she’s a bit bigger. 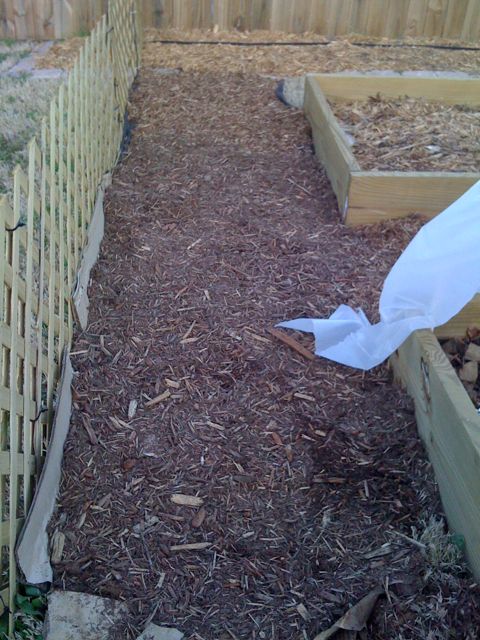 We’re laying down layers of cardboard and covering them with cedar mulch. I’ve got my fingers crossed that the cedar will also act as a pest repellant. I’ll let you know if it works! 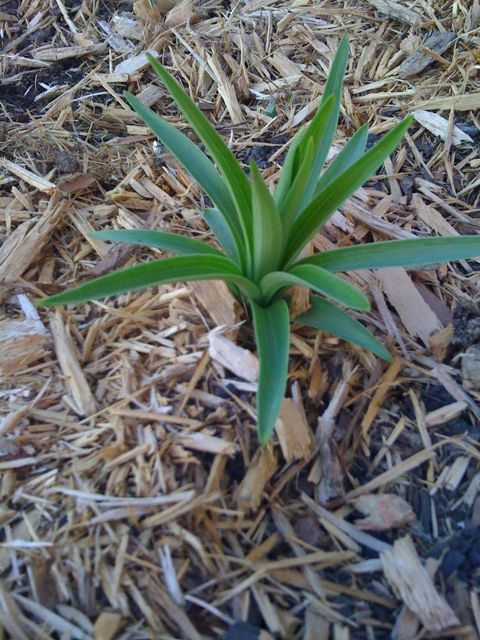 It’s my first time to grow potatoes. I chitted Gold potatoes and Red potatoes in February and planted them about three weeks ago. I thought these baby potato shoots were weeds all over the bed and almost began pulling them! Have to admit – I am very excited about my first potato harvest.

I have lots of baby onions in this bed, but I’m honestly not sure what is growing here. I originally planted shallots, garlic, red onions, and yellow onions, but Sydney did a number on my beds before we got the fence up. I have more red onion sets to plant tomorrow, though, so we’ll be good on that front.

Tonight I continued to work on the paths and began work on the melon beds. We’re doing small watermelons and short-vine pumpkins, so I am building two 2.5’x12′ beds – one for each – for planting next month. If all goes well, I’ll post pictures of the finished beds and paths this weekend.

The First Signs of Spring

The Beginning of Summer, a Garden Update