It is so hard to believe that Mackenzie turned eighteen months old on Sunday, April 1. Eighteen months!! She was just a little bean this time two years ago, and now she is blossoming into the sweetest, funniest little girl. 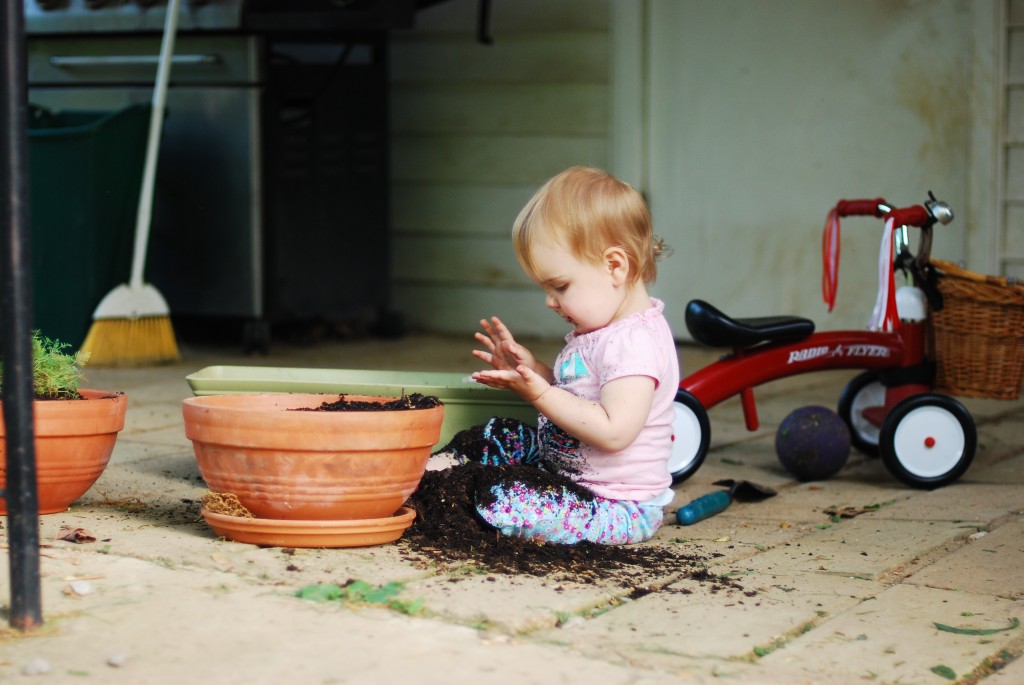 We had a great weekend as a family. We made pancakes on Saturday, and Mackenzie got to help. I gave her her own bowl of flour to work on while I made the batter. She had so much fun with it!!

Saturday was very low-key. We rented Happy Feet 2 and hung around the house most of the day. We did go to the park for a little while, just to get out. Mackenzie got to play with two other little girls her age, and she had lots of fun. After that, Miss Devon came over to watch her while Chris went on a little date.

On Sunday we went to church and then ate at Chipotle for lunch. When we got to Chipotle, I told Mackenzie, “We are going in to eat,” and her jaw dropped. She looked at me like, “Whoa, what? Really? Let’s get moving!” And then she started smiling and signing, “Eat, eat, eat.” 🙂 She ate really well, too — all of her chicken, most of her beans and cheese, all of her milk, and some of her corn. When she was finished, she waved her hands in the air and said, “All un!” (That’s toddler for “All done.”) 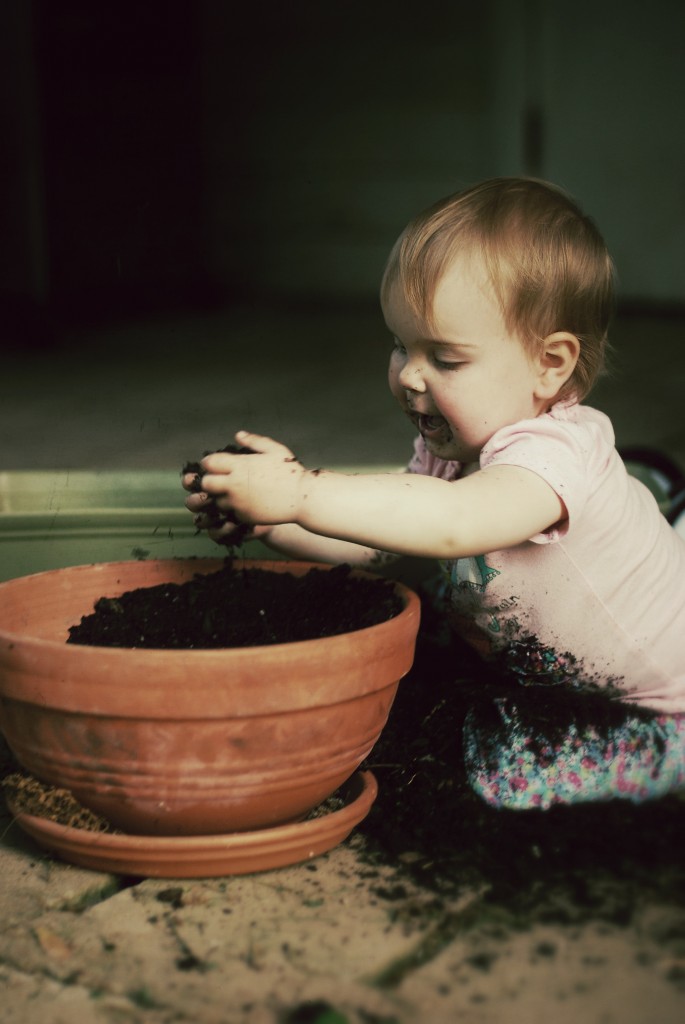 After lunch, we went home and played for a while and then took a nap. When Mackenzie woke up, she was kind of fussy and kept pointing to the door say, “ow eye, ow eye,” which I take to mean, “Out side.” She LOVES to play outside. First, she helped me weed and straighten the herb and flower beds in the front of the house, and then she helped Chris sweep the sawdust up from back patio. After that, she helped us with the gardening. Even with daily baby sunblock, she’s got a nice little farmer’s tan going on, too. 🙂

Sunday evening was my favorite part of the whole weekend. I’m pretty sure it was Chris and Mackenzie’s favorite, too. Instead of a bowl of flour, I gave Mackenzie gardening pots and a trowel to play with while I repotted some herbs — or tried to. She loves to “weed” the plants (i.e., pull them up by their roots) and take dirt out of one pot and put it in another. She also “washed” her hands with the dirt, clapped dirt all over her lap, and yes, even tasted it.

She’s a gardener’s kid, that’s for sure. 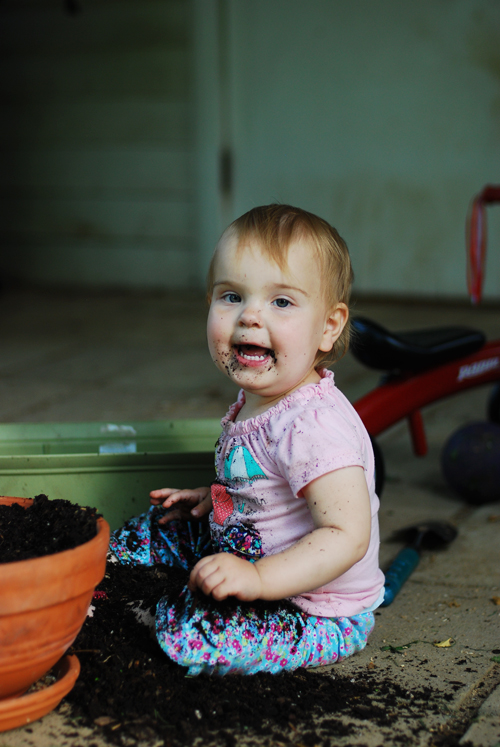 As far as “stats” go, Mackenzie is healthy and strong and growing up fast. Right now, she weighs 24.4lbs and is 33.5 inches tall. According to our pediatrician, she is the height of a twenty-three month old. I can hardly believe that.

Mackenzie knows a lot of words, tries to say a few, and signs a few. She communicates very well. She understands us when we ask her questions, and she can nod her head yes and no. She walks everywhere, and I think running is not too far off. She loves her Red Flyer scoot-about, and her scooter riding toy. She loves to read stories and play with balls. She has fun putting bows in her hair (and taking them out), trying to put her shoes on (and taking them off). She also loves to get dirty, and then to wash her hands afterwards. Sesame Street is her favorite show. We haven’t really introduced her to much of Disney yet, but she knows who Mickey Mouse and Winnie the Pooh are. Mackenzie also loves music, clapping her hands, bopping her head, and dancing. She loves peekaboo, pretend, and copycat games.

There really aren’t words for all of the amazing ways that Mackenzie is growing and changing right now. I have been nervous about this phase (and the upcoming two-year-old phase), but instead of being anxious, we are embracing this season. Mackenzie’s personality is blossoming beautifully, and it is so much fun to interact with her and teach her.

Honestly, I look forward to just playing with her, and I never imagined myself doing that. I used to feel like I didn’t know how to play, and I marveled that it comes so naturally to kids. Mackenzie has a way of bringing that playfulness out without even trying. She’s the best. Really.